What you missed, what to re-read, and what to add to your wish list

As another year draws to a close, it’s time to look back on all the books that the last 365 days have gifted us with. 2018 has been an excellent year for fiction in particular, with some real gems. Here are 10 of my personal favourites, with the disclaimer that as soon as this selection is out in the world, I will think of more that I should have included. 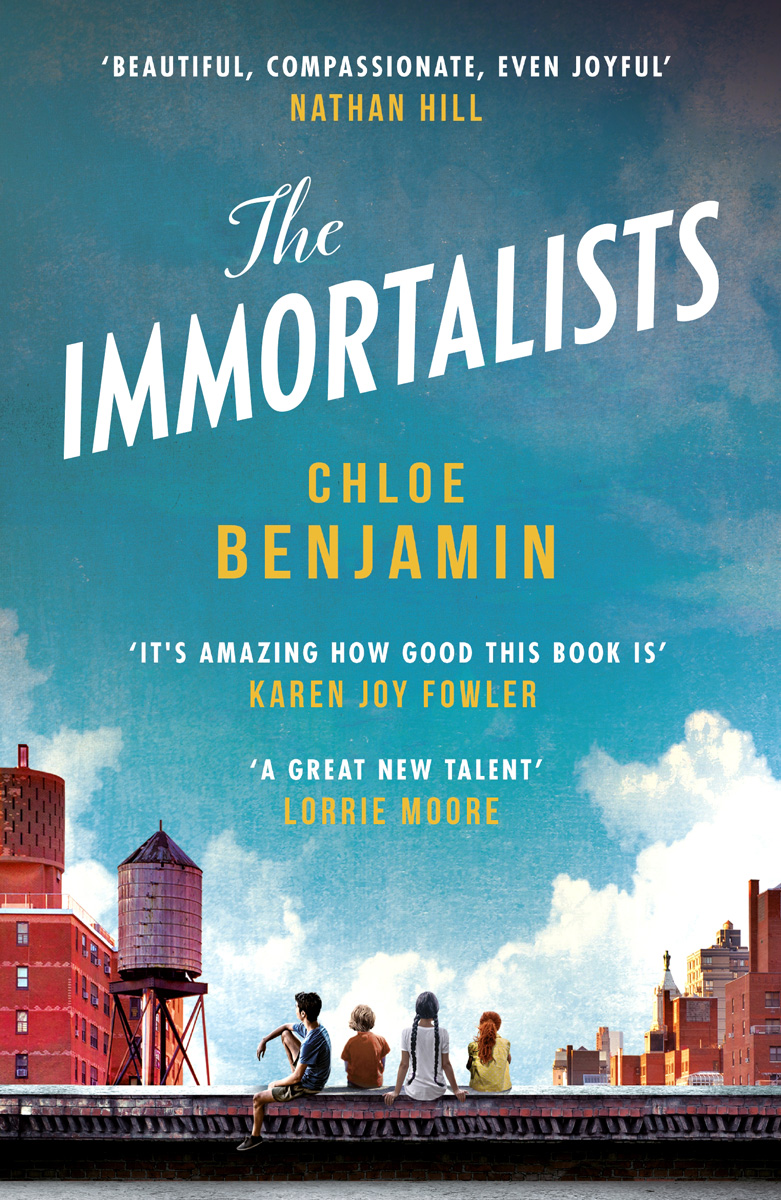 The Immortalists by Chloe Benjamin

Four siblings in 1969 New York visit a psychic, who tells each of them the date of their death. Will knowing this change how they live their lives? Will they be able to avoid fate? This book is what the word “unputdownable” was invented for – it’s tragic and beautiful and sad and hopeful, and about the importance of making the most of every moment, and about the bonds of family. 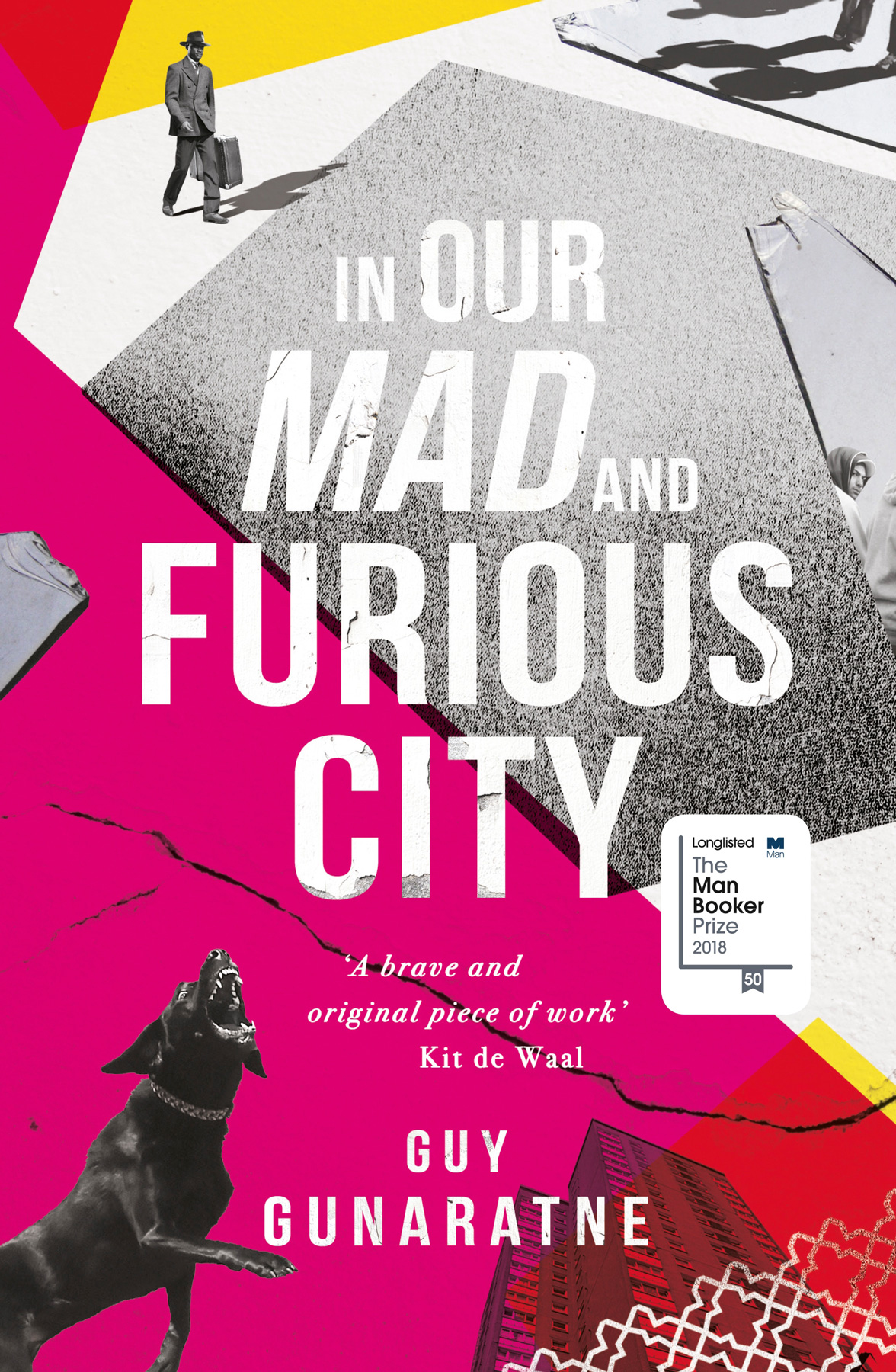 In Our Mad and Furious City

In Our Mad and Furious City by Guy Gunaratne

Taking place over the course of barely 36 hours, three teenagers navigate an increasingly escalating situation on a London council estate following the death of a soldier, while two older people reflect on their own encounters with extremism. Gunaratne has an ear for voice, and his depiction of London – and Londoners in all their hues – makes this novel stand out. 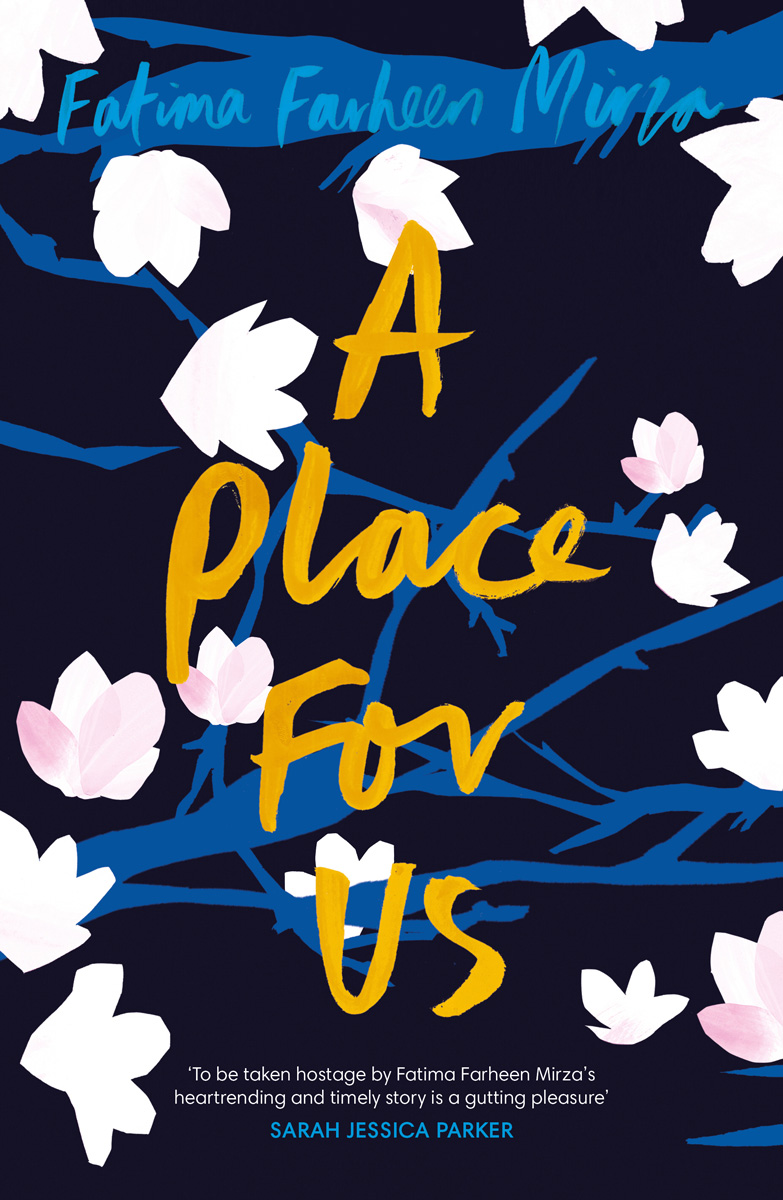 A Place For Us

A Place For Us by Fatima Farheen Mirza

An estranged son returns to his family for his older sister’s wedding, and from there unwinds the story of what led him to leave. This poignant and heartbreaking tale asks questions about what it means to be an immigrant, how we respect our parents’ cultures while also not being afraid to strike out in new directions, and whether we can ever really come home again. 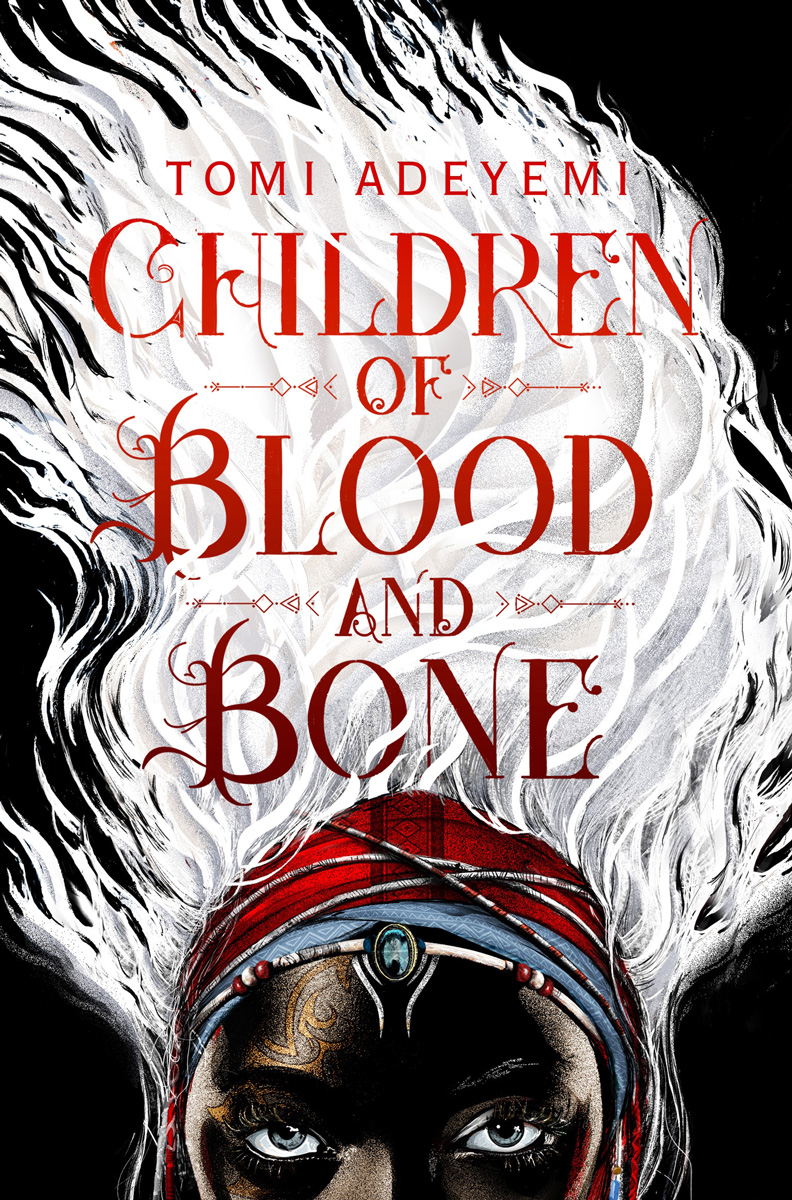 Children of Blood and Bone

Children of Blood and Bone by Tomi Adeyemi

In this YA novel, teenager Zelie is one of a decreasing number of people with the power to use magic, but must keep it hidden in a world where magic has been outlawed. This expansive story is more than just a gripping tale of good vs evil, as Adeyemi creates a world in which there are many shades of grey. 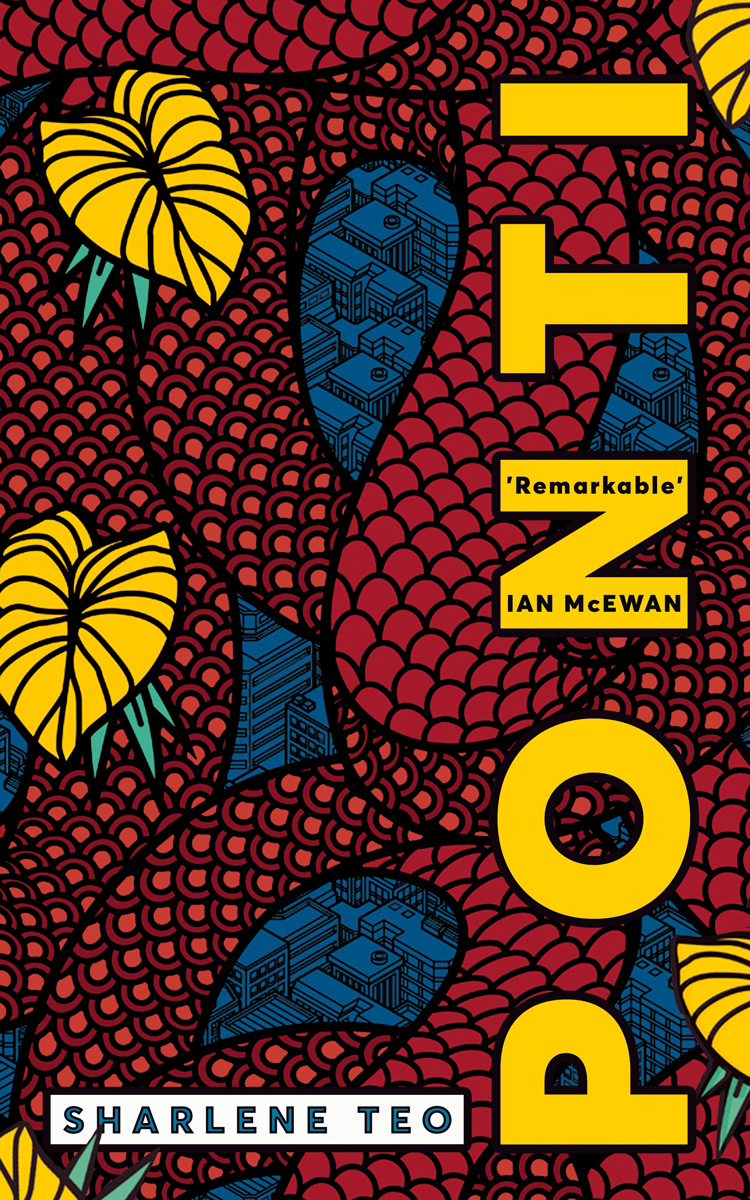 In 2003 Singapore, 16-year-old Szu is a lonely and awkward teenager who becomes friends with privileged, confident Circe. 17 years later, Circe is assigned a new project at work – a remake of a cult 1970s horror series called Ponti. And in ’70s Singapore, Szu’s mum leaves home and becomes a cult film star. This stunning story about friendship and the stifling bonds of family is infused with mythology. 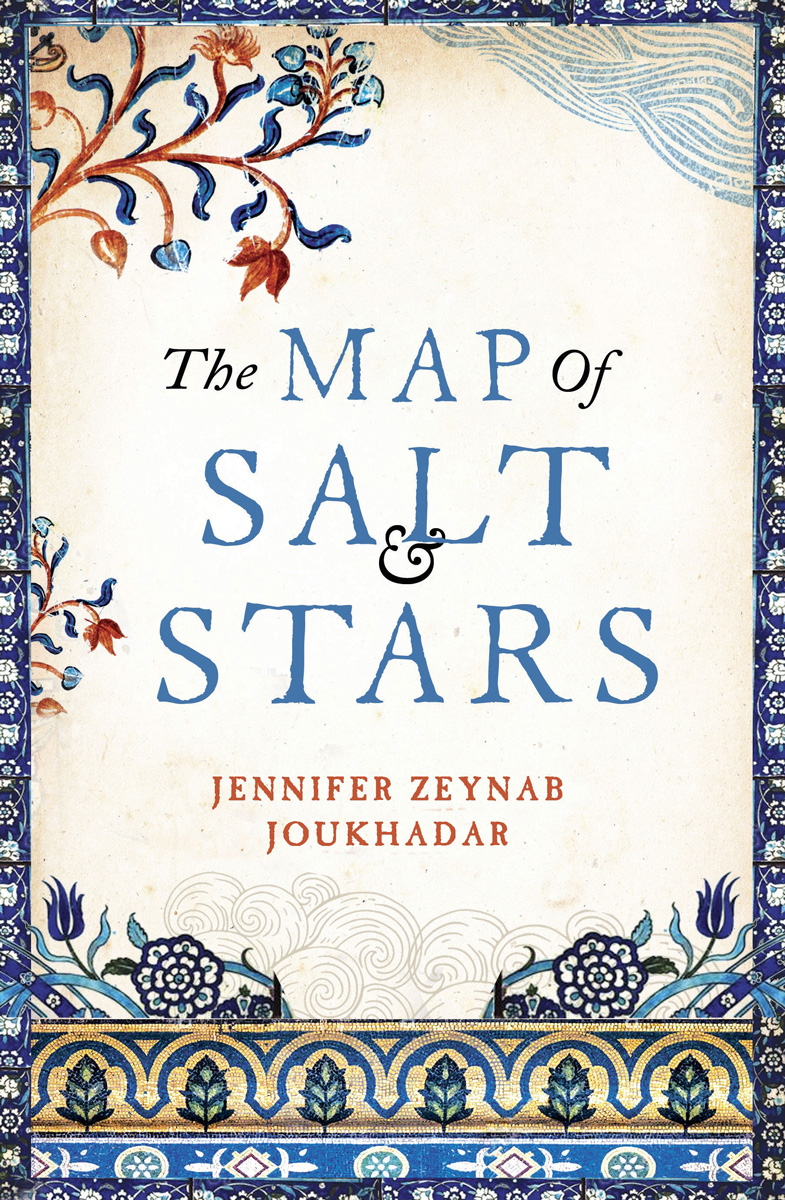 The Map of Salt & Stars

The Map of Salt & Stars by Jennifer Zeynab Joukhadar

In the present day, a young girl escapes war-torn Syria with her family. Their journey to safety mirrors that taken by Rawiya, a teenage girl in the 12th century who has disguised herself as a boy and apprenticed herself to the famous mapmaker Al Idrisi. I loved this sweeping tale, which asks questions about what home really means. 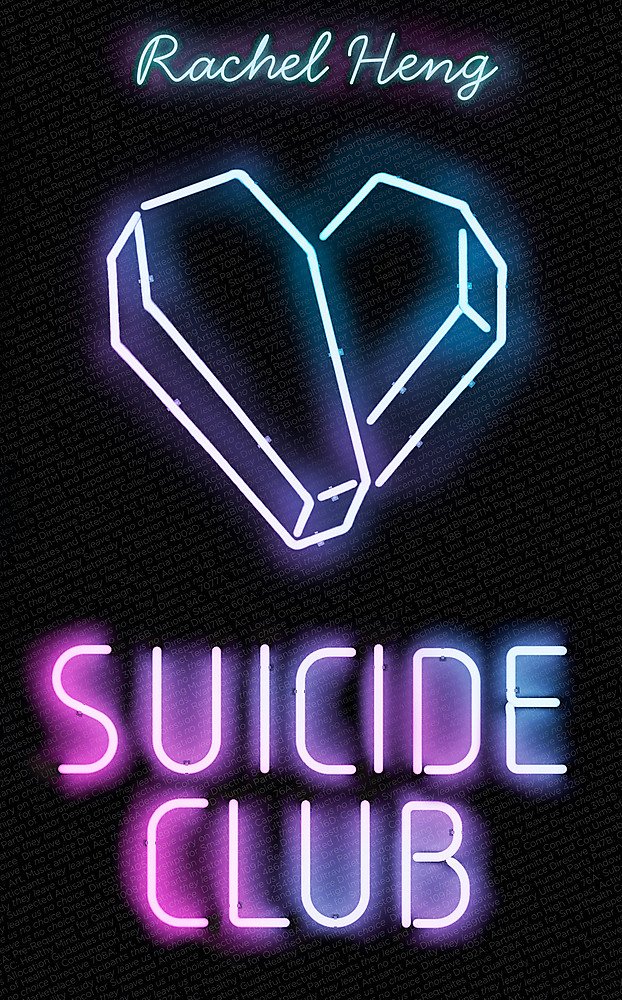 What would life be like if we could live forever? That’s the question Heng asks in her chilling debut novel Suicide Club. In a near-future world, medical technology has progressed far enough that immortality is within people’s grasps, and Lea is among those who is living a life deserving of it. But a chance encounter with her father derails everything she’s worked hard for. 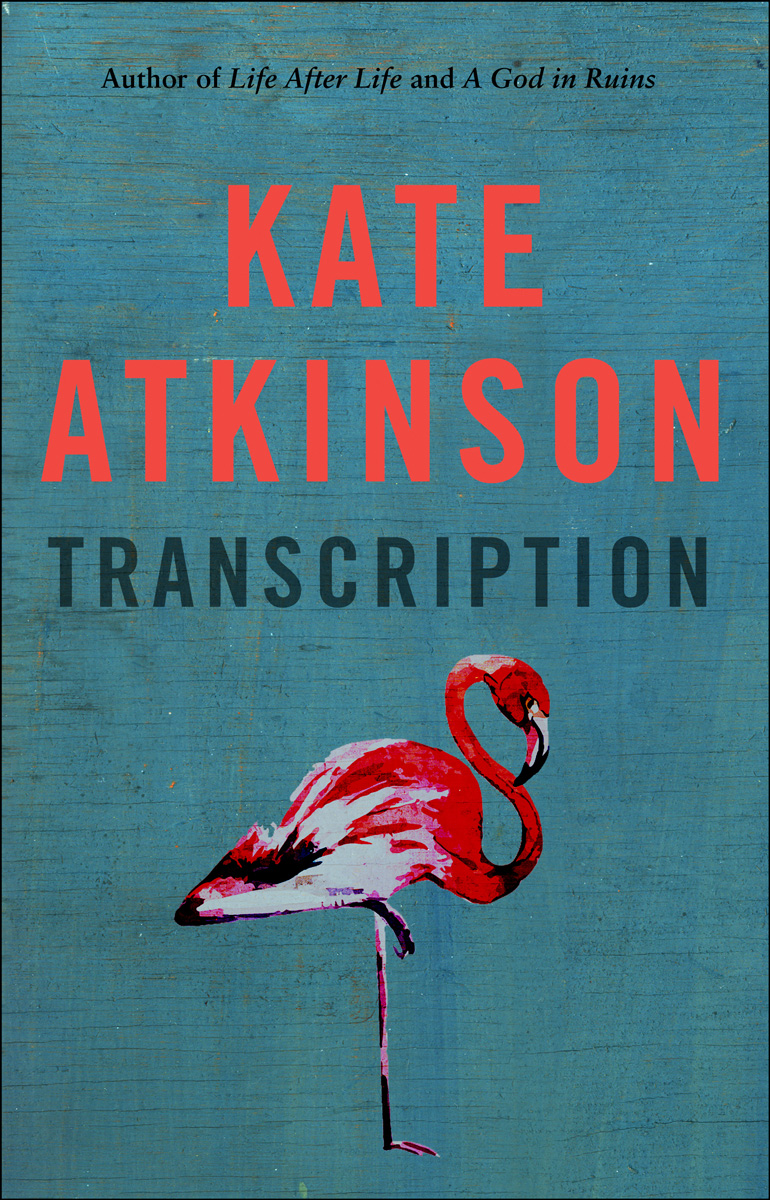 I was perplexed as to how Atkinson would follow up her novels Life After Life and A God in Ruins, which are jaw-droppingly good. But for this skilled writer, third time’s a certified charm. Second World War novel Transcription sees a young woman drawn into a world of spies, exploring patriotism and gender politics with a lightness of touch that makes the 1940s feel like the present day. 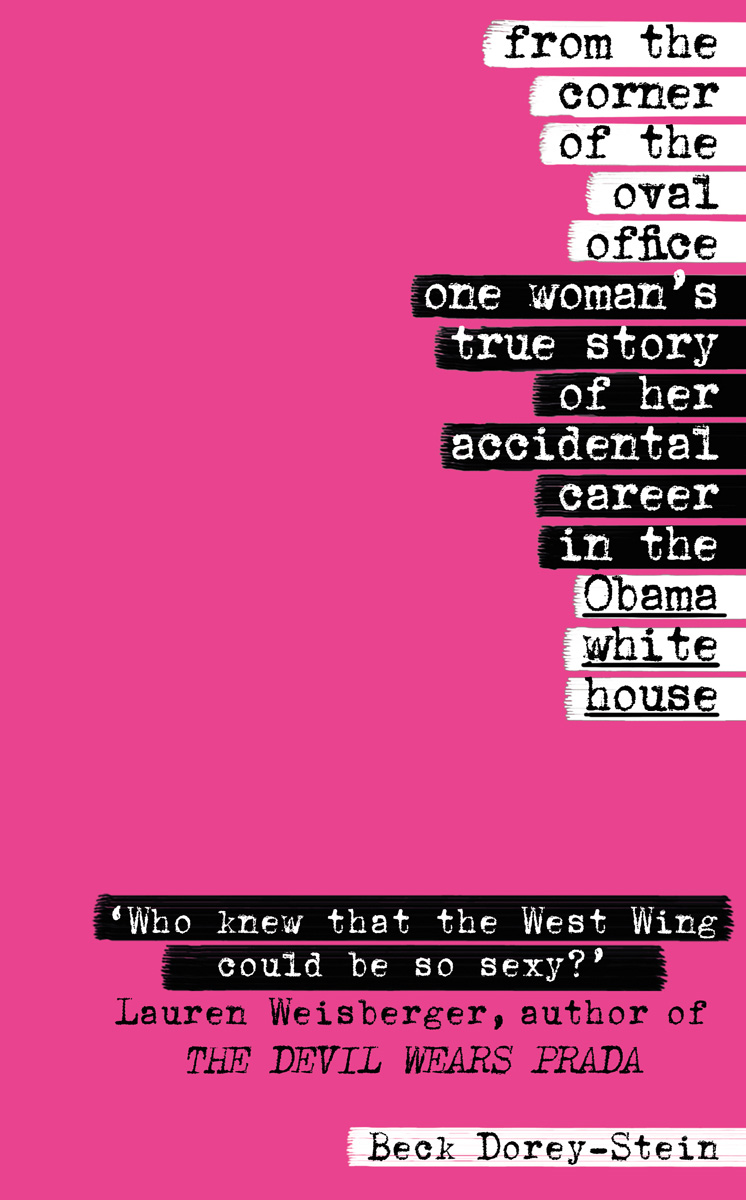 From the Corner of the Oval Office

From the Corner of the Oval Office by Beck Dorey-Stein

I’m a sucker for US politics, or at least I was in headier days. To get away from what’s happening now, I suggest losing yourself in this memoir, in which Dorey-Stein recounts her time working as a stenographer in the Obama Administration. There’s plenty of love and heartbreak in amongst the politics, but mostly it’ll have you longing for the days when the scandals of the presidency included tan suits and overwhelmed websites. 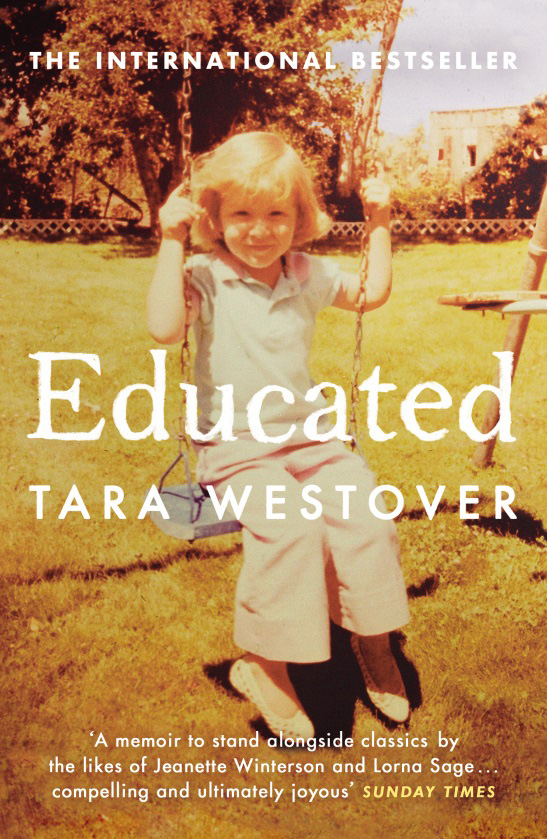 This absolutely extraordinary memoir chronicles Westover’s childhood as the daughter of survivalist parents who don’t believe in doctors and hospitals. Westover was 16 before she went to school, and went on to be educated at Harvard and Cambridge. This is a great story, but it’s Westover’s stunning writing which elevates it. 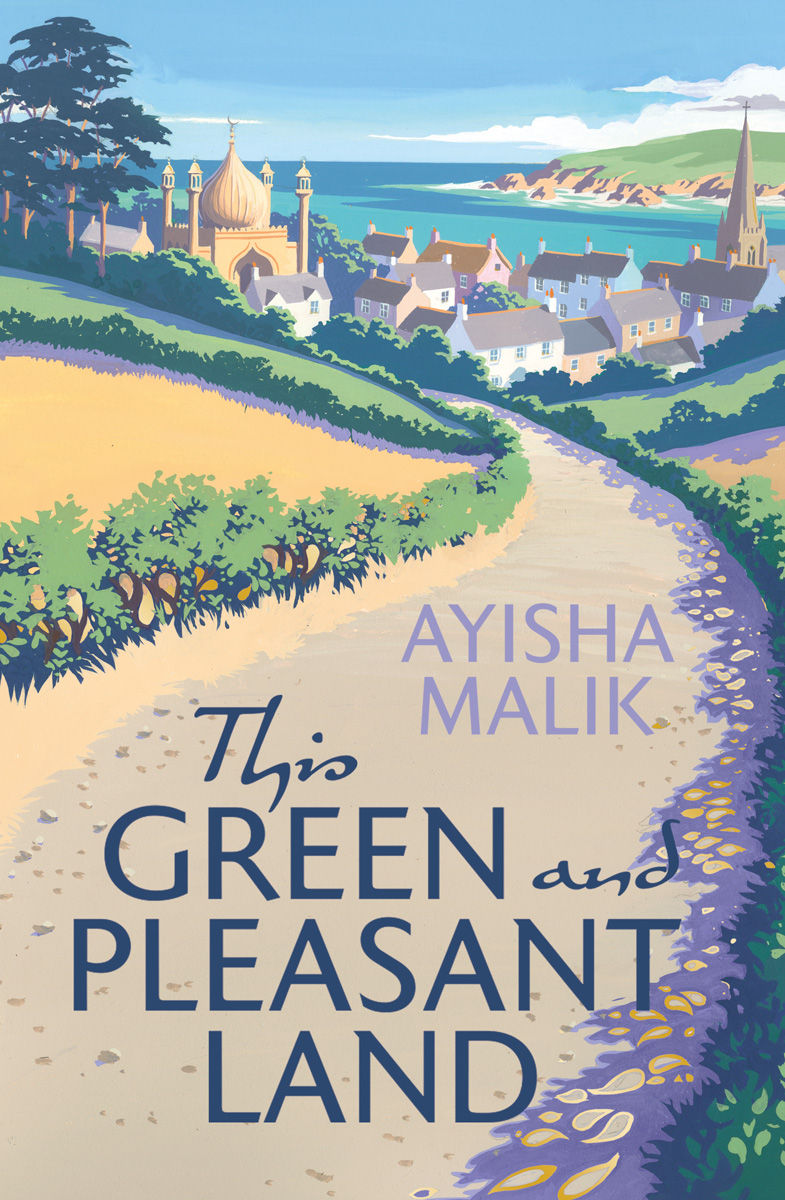 This Green and Pleasant Land

This Green and Pleasant Land by Ayisha Malik

Bilal and his wife Mariam have lived in a sleepy English village for 10 years, but everything they and their fellow residents know is turned upside down when Bilal’s dying mother makes her final request – build a mosque in the village. I loved Malik’s first two novels, Sofia Khan is Not Obliged and its sequel The Other Half of Happiness, but This Green and Pleasant Land is completely different, and more than a pleasant surprise.
(June, Zaffre) 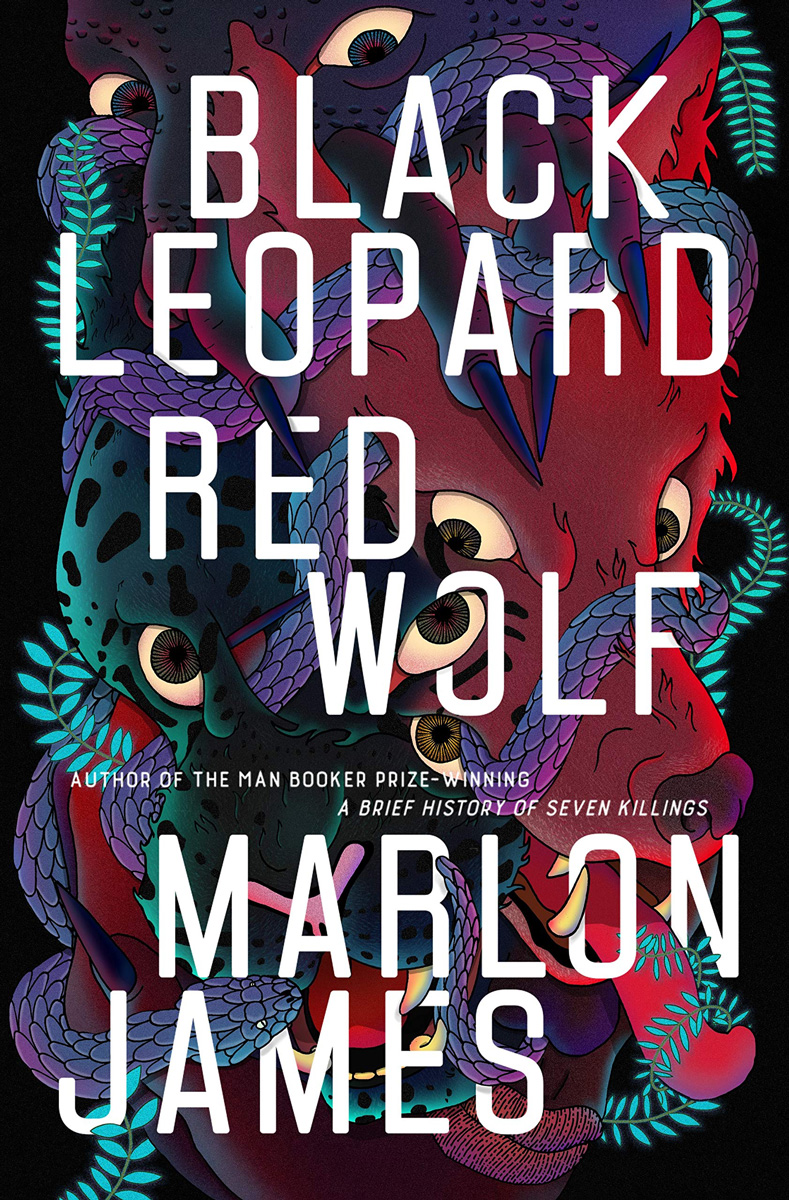 James deservedly won the Man Booker Prize 2016 for A Brief History of Seven Killings, but takes a different direction with his new book, the first in a series pitched as a kind of African Game of Thrones. Drawing from African history and mythology, this saga starts with Tracker, in which a hunter who usually works alone joins a group of eight mercenaries when he is engaged to find a missing child.
(Out in February, Hamish Hamilton) 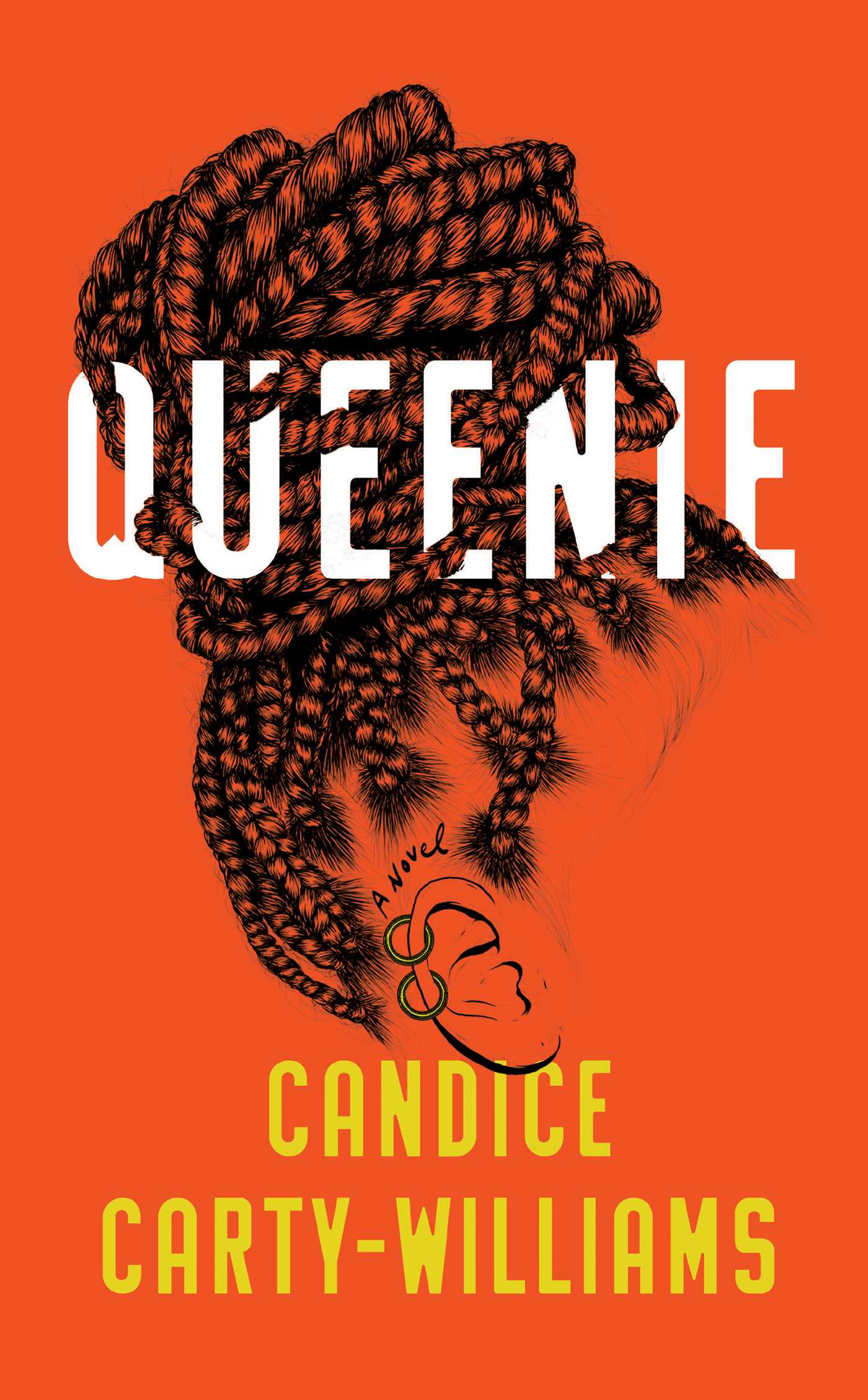 Queenie Jenkins is a journalist. She’s also a walking disaster who sleeps with awful men, neglects her job, and just generally makes terrible life decisions. Carty-Williams’ debut novel is funny, relatable and makes you want to shake its central character – before wrapping her in a blanket and telling her that life will get better.
(Out in April, Trapeze)