Artist Ludovica Gioscia On Our Shapeshifting Femininity, Collaborating With MaxMara, and Making “Cosmetics From Another Multiverse”

I first met Ludovica Gioscia in 2014, when she took part in the all-female exhibition ‘Material Girls and their Muses’ curated by Marcelle Josephs Projects. Back then, the Italian-born artist Gioscia struck me as someone who embraced her femininity unashamedly, and explored her gender with refreshing verve in her art.  Her distinctive collages, wallpapers and archives reflect her fascination with “the psychological mechanisms that underpin marketing strategies and our relationship with consumption”, and the role of women in consumer society is a recurrent theme.

The ways in which femininity gets exploited for commercial purposes have only become more fascinating and fraught in the subsequent three years. So when an invite to Gioscia’s new collaboration with fashion label Max Mara for Mayfair Art Weekend popped into my inbox, I knew it would be a perfect chance to catch up with her flourishing career (recent highlights include solo shows in LA and Milan, a site-specific installation at Limone in London, and design for the House of Peroni pop-up) as well as to talk about all things ‘woman’. 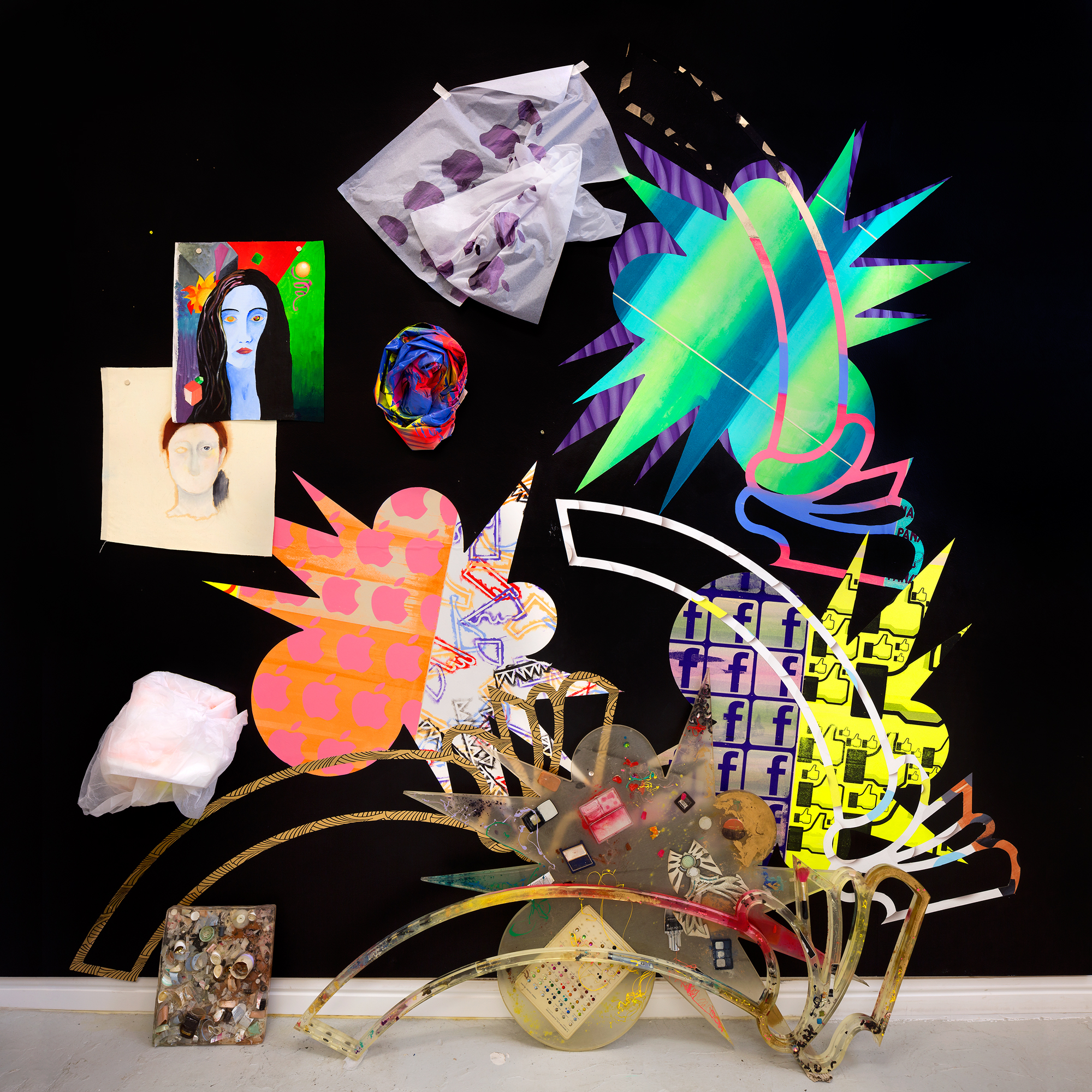 How does being a woman inform your practice?
I find it’s the products I consume that inform my practice. These can be cosmetics, or clothes, or anything that I use regularly. The ritualistic and intimate use of these things has enabled, over the years, a strong physical and psychic relationship with them. Slowly these objects have trickled down into my practice and now I regularly cast and recast cosmetics, mould magazines into geological shapes, or take apart clothes which then become collages or are wedged into other works. Products that might otherwise end in the recycling bin, often find a second life at my studio, where a whole new narrative is generated for them.

My mother was a very strong influence on my practice. I grew up surrounded by wonderful textiles and shimmering objects. She had extraordinary tailoring skills and would make embellished haute couture dresses on the kitchen table.

Can you tell us about the Max Mara collaboration? How did it come about?
It came out of the blue. Marina Dacci, the curator of the show and director of Collezione Maramotti, phoned me a little over a month ago and asked whether I was interested in contributing to a project for a specific space within the Max Mara flagship store, during the Mayfair Art Weekend. I was overjoyed at the prospect of working with her and the opportunity of showing my work in such an engaging context. It’s an honour for me to be involved with a brand that has been so supportive of female artists.

Marina’s curatorial idea captured me instantly: she wanted to show lots of objects, like the ones that she saw lying haphazardly on the windowsill of my studio. I generally leave sculptures that are in progress, experimental or with an undecided fate by the window. For the show we have produced an artists’ book that collects some of the stories of these objects, and operates like a ‘map’ of the show. 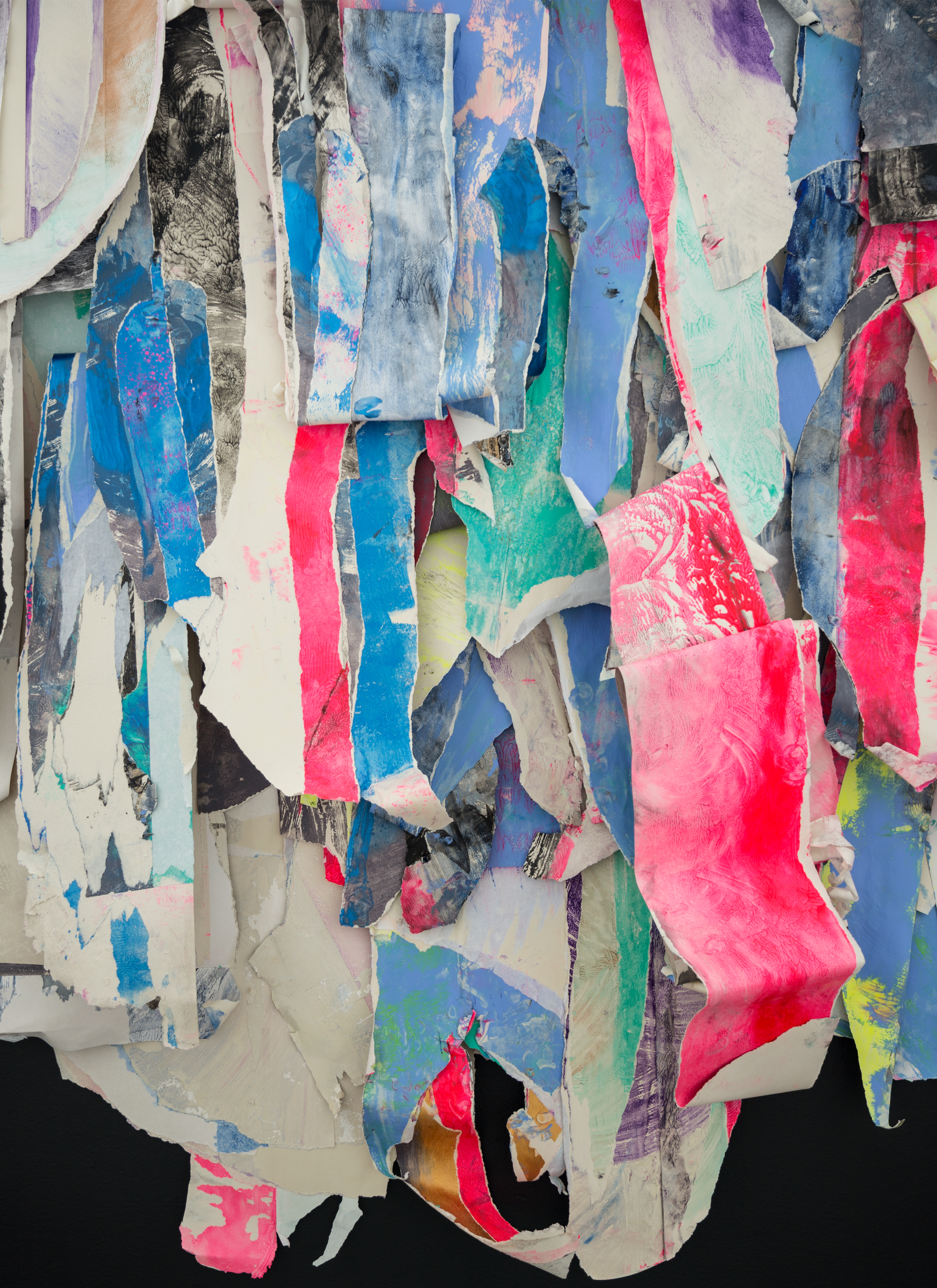 You are known for your fabulous vibrant textiles and patterns – has the fashion industry always informed your work?
My mother was a very strong influence on my practice. I grew up surrounded by wonderful textiles and shimmering objects, which she used to hoard like a magpie. Mother had extraordinary tailoring skills, and would make highly embellished haute couture dresses on the kitchen table. She was highly eclectic, and used to run scientific experiments in the basement, which she had converted into a fully equipped laboratory. One day the lab exploded, nobody got hurt, but that story is for another time….

The body has an incredible potential to carry art, it is so immediate and has the intrinsic possibility to transcend context and culture in a way that the white cube cannot

How do you feel the relationship between art and fashion has evolved over the years?
It’s been intriguing to see how, in the last ten years in particular, designers and artists are increasingly collaborating. What is fascinating about that dynamic is how it really helps to push the boundary between the two, and the creative output that follows is so dynamic. The body has an incredible potential to carry art, it is so immediate and has the intrinsic possibility to transcend context and culture in a way that the white cube cannot. 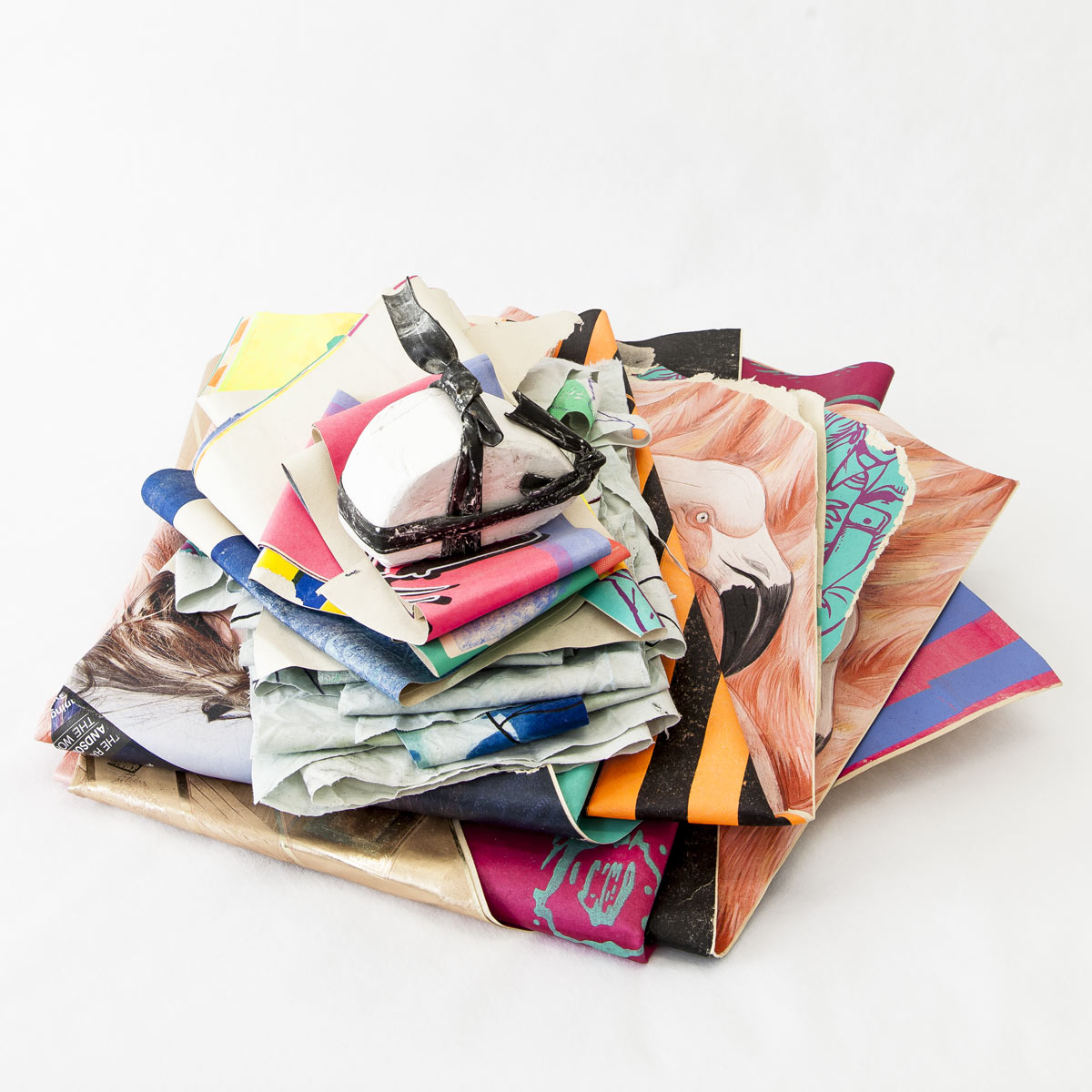 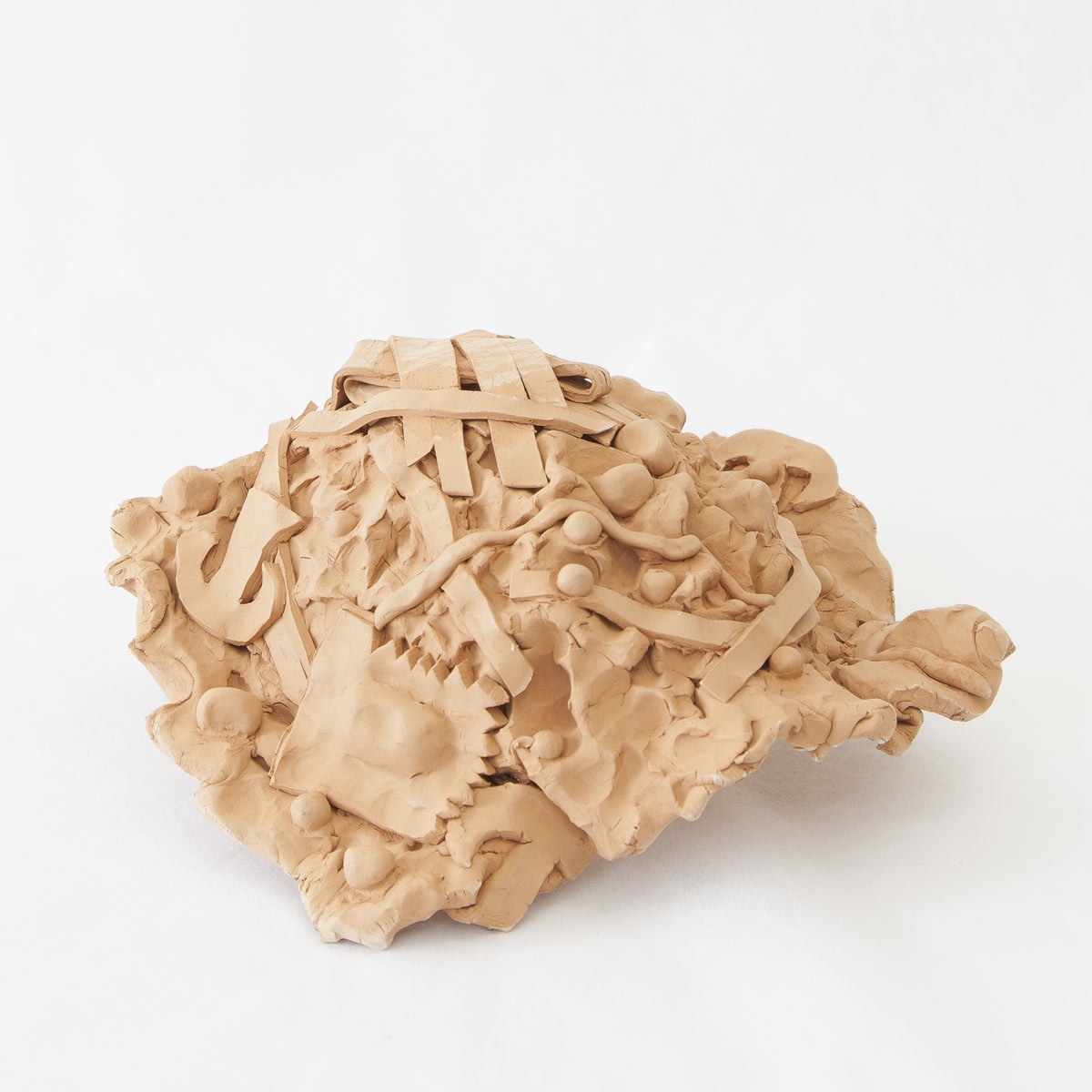 I love Giacomo Balla’s futuristic theatrical costumes from the early twentieth century or Fortunato Depero’s Panciotti series of quilted waistcoats he began in 1923. I’ve been avidly following for decades the output of designer/artists such as Nathalie du Pasquier – her avalanche of patterns has had a big impact on my practice – or Jean Charles de Castelbajac’s very sculptural clothes.

Some might say your work is inherently female – how do you feel about that?
The products and objects that undergo an ‘alchemical makeover’ at my studio are mostly designed for women, but they are consumed by lots of people. I’d like to think that we are moving towards an era in which sensibilities and objects aren’t stereotyped or engendered. As an artist I have an opportunity to infuse these objects with a different narrative, one which doesn’t follow the claustrophobic roles that commercial products are often given by their producers. 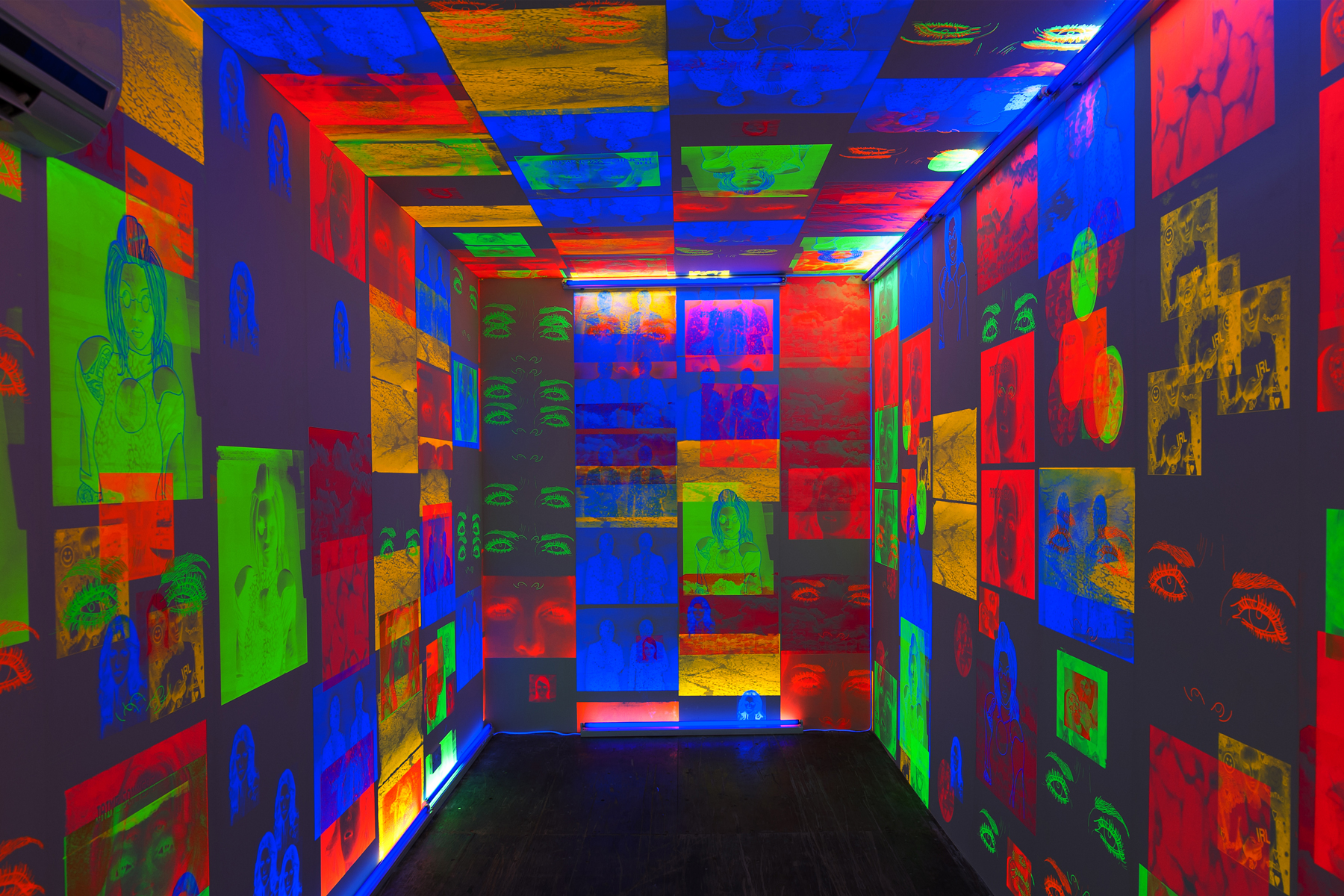 In the show for Max Mara, called Shapeshifters, there are many of these reborn objects. For instance Celestial Bodies, which have been kindly supported by Max Mara, are a group of cosmetics in pewter that come from another multiverse. They have undergone a very complex process of production, in which lipsticks, blushers, creams and a few compacts have been cast and recast so many times with organic materials that they disintegrate during the process, assuming a quasi geological and archaeological appearance.

I see my work as being inherently camp, with camp being a word pregnant with multiple possibilities and universes. Think iridescent spandex, with its colourings constantly changing according to where the light hits its surface.

What does it mean to you to be a modern woman?
To always be open to reflect and reconsider one’s politics. 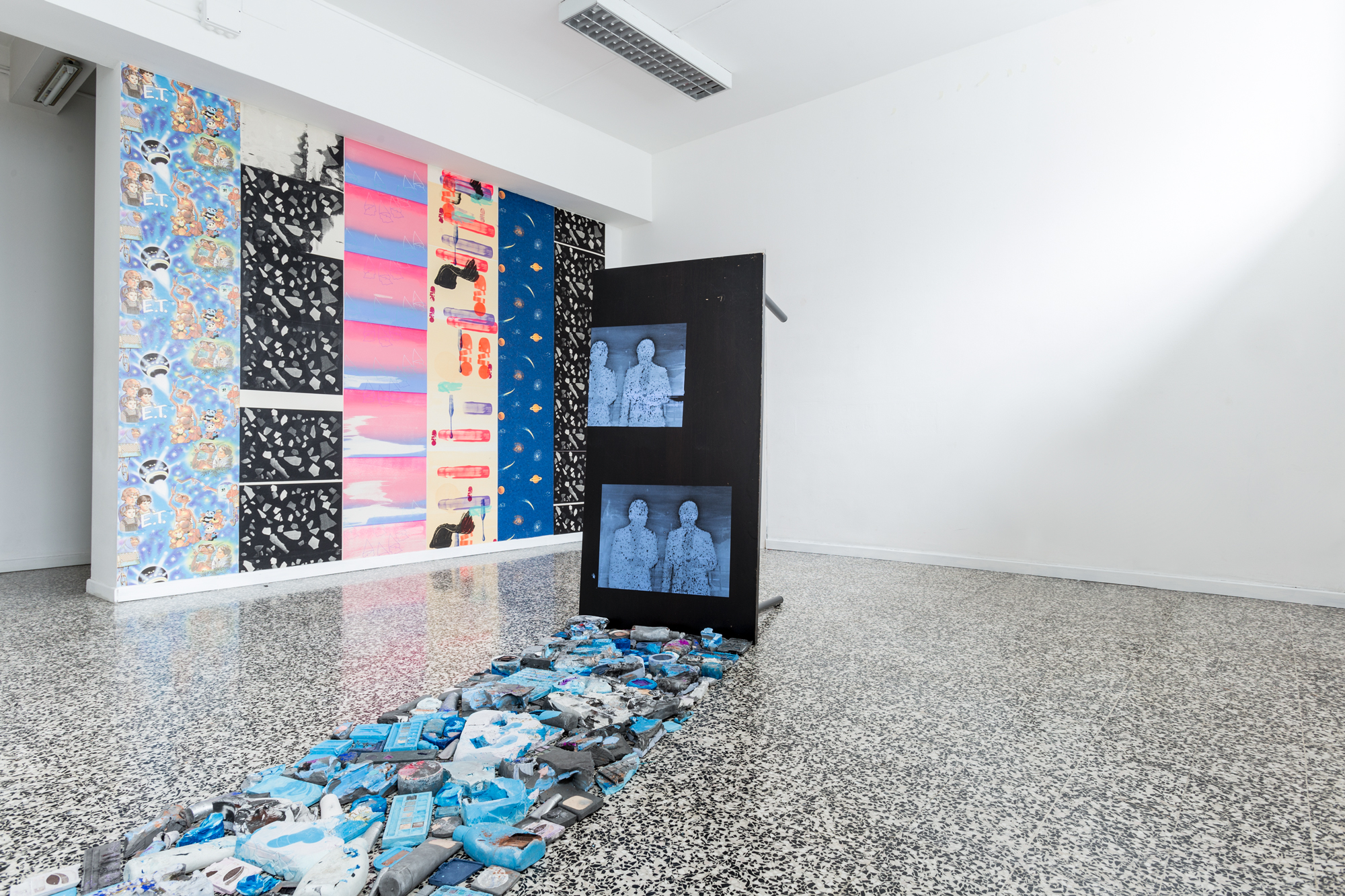