Adulting Vs Selfcare: How to Know When It’s Right to Quit Your Job

31 January is the number one day for Brits to hand in their notice. But for young people navigating a tight job market, when is leaving a position a kamikaze move?

We’re all familiar with the grand and often fleeting claims synonymous with the tiresome adage New Year, New Me.

Less well-documented, though, are the stats underpinning the more phonetically pleasing New Year, New Career. Research shows that 31st January is the number one day for Brits to quit their jobs – small surprise, perhaps, given that it’s a time when a plethora of business elements are in flux, from set budgets to annual rotas. That collective reshuffling, combined with the clean-slate psychology of a shiny new annum, sends a flurry of resignation letters into management’s inboxes at this time of year.

But unlike those fanciful New Year’s resolutions, the decision to quit a job is – generally speaking – final, and rarely undertaken lightly. And in today’s job market, where graduates take an average of six months to land a full-time role, and only 55% achieve this within the time frame, it can feel like a kamikaze move for young employees to leave a position after working so hard to secure it.

For workers in their twenties, conflict over leaving a paid job may result in a push-pull between two schools of thought. The first is the need to break out of ‘suspended adulthood’ – that is, a prolonged state of dependency on family brought about by multiple factors including a lack of work, low or unpaid jobs and an inaccessible property ladder. Those elements, combined with longer lead-times to secure full-time roles (the Sutton Trust reported in November 2018 that a significant proportion of graduates today complete three or more unpaid internships, with little reward) result in a pressure-cooker effect around ‘adulting’. When financial independence is a hard-won prize, under what circumstances can it be gambled responsibly?

The second strand of thought can be defined (hazily, perhaps) as the school of self-care – in other words, the prioritisation of mental health and personal wellbeing over any arguable benefits of remaining in an unfulfilling role, be they monetary or otherwise. Even if a position is enabling you to save towards a goal, the mental heath charity, Mind, stresses that it’s imperative to allow time for, “Nurturing your outside relationships, interests and the skills that your job doesn’t facilitate.” When our inboxes and social media feeds are flooded with self-care related content on a daily basis, it can feel impossible to cut through the noise surrounding this catch-all term. Can quitting a job really be a radical act of self-care, even if the decision itself feels, conversely, kamikaze?

During my first full-time graduate role, these dilemmas played out in my own life. It took me five terrible months of sneaking off to cry in the office loos to quit a job that I truly hated. At the time, I reasoned that staying on was sensible. After all, I could live at home and commute to work on foot, and the money I saved could be put aside for my future rent and a deposit. I was forever reasoning with myself, noting that my proximity to the office meant that I could have lie-ins and longer evenings to work on other projects. My dislike for the role was outweighed by the immense guilt associated with quitting a job that I imagined I was lucky to have. 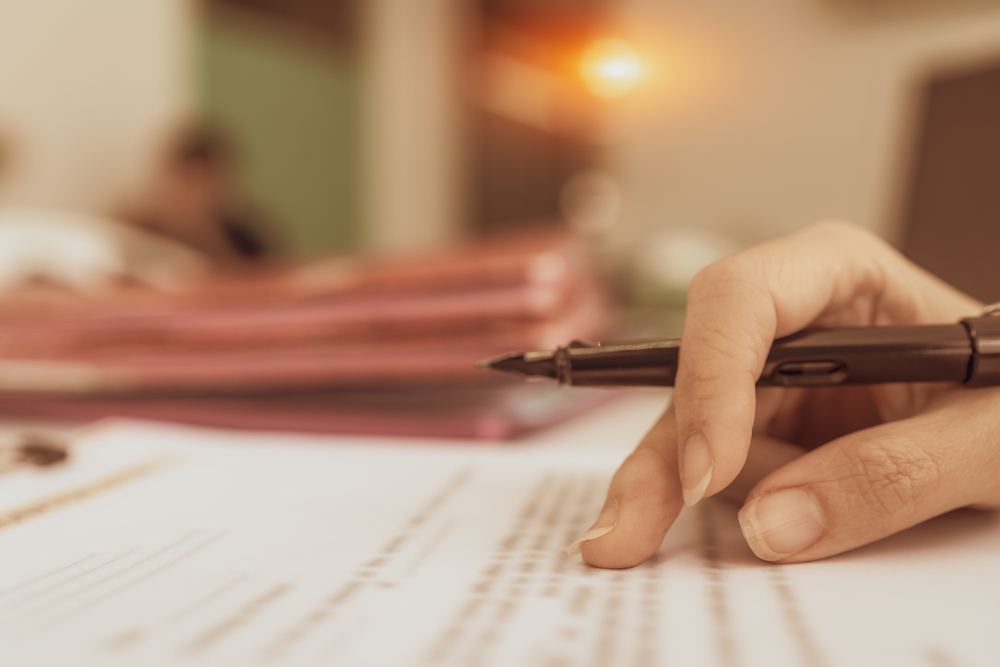 Similar scenarios cropped up across my social group. One contact snared a beauty PR internship over hundreds of applicants and was so afraid of wasting the opportunity that she endured workplace bullying and an unmanageable workload for months, before quitting and moving back in with her parents. “I was the first of my friends to land their dream job in London, but I was utterly miserable,” she says. “In the end, I had to quit for own sanity, but I felt so guilty and ashamed for giving up.”

So, what is worth enduring, and what isn’t? Mind recommends that bullying, or micro-aggressions, are addressed as soon as they occur; this way they are less likely to escalate and can be resolved informally. Matters become more complicated if your boss is the problem. When in doubt, Mind suggests thinking about your job description, and what you understand your role to be. Are the demands made of you unreasonable? Are you clear about what is expected of you? If you feel consistently lost and overwhelmed, it’s possible that you are not receiving the right information or tools to execute your role effectively.

Typically, matters of logistics and progression are easier to resolve. Flexi-working is on the rise – a recent study undertaken by the University of Warwick found that “almost all (97%) of employers reported that managers negotiate flexible working arrangements for staff who request them.” If you have a long commute, why not propose working one day at home?

Pay is central to job dissatisfaction, with only 22% of women and 42% of men in the UK confident in asking for a raise. As a nation, we struggle to assert our personal value at work. However, firing up LinkedIn isn’t always the solution. Rationalise whether pay is the sole issue. If it is, and you like your company, then progressing in-house has to be worth pursuing first. If it’s more complicated than that, maybe it’s worth considering other options. And finally, if you can’t think of any significant benefits of your job other than the fact they pay you a salary, then it’s probably time to master the art of cover letter writing.

Ultimately, practicing self-care should never hinder your career growth. Instead, it should create a healthy framework for you to succeed as an individual. And if that is by quitting your job, more boardroom-busting power to you.