5 Brilliant Comic Books for Newcomers to the Format

To mark this month’s London Film and Comic Con, the Books Editor cherry picks the best books the genre has to offer

Comic books, or at least the characters who originated from them, have been having a moment for a number of years now.

In 2019 alone, we’ve already had two films from Marvel, one of the best known comic book publishers in the world: Captain Marvel and Avengers: Endgame. A third, Spider-Man: Far From Home is released this month. The Men in Black franchise has also released its third film this year, although many fans won’t be aware that the series took inspiration from a comic book of the same name.

These films, plus the dozens released before them – encompassing characters including Superman, Batman, Black Panther and more (yes, mostly men) – have taken the world of comic books from a pastime associated with geeks to one enjoyed by millions of people. For evidence, you need look no further than conventions like this month’s London Film and Comic Con, which are attended by both lifelong comic fans and those newer to the format, all dressed as their favourite characters.

But despite our familiarity with some of the biggest characters in graphic novels, it can still be daunting to walk into comic book shop or bookshop and be faced with shelves and shelves full of books. Where do you start if you want to read about one of the Avengers? Are there stories that aren’t about costumed superheroes? What’s the difference between a comic book and a graphic novel? Do comics only come in single issues? It’s a minefield.

If you want to get into comics, here are five books – collecting together a number of issues of a comic series – we recommend to get you started.

The Wicked + The Divine: The Faust Act by Kieron Gillen and Jamie McKelvie
If you’re a fan of myths and legends but a little bored of seeing the same old stories retold, then The Wicked + The Divine is for you. The series is about 12 gods who incarnate as humans every 90 years, and are loved, hated and obsessed over. Within two years, they die. Set in modern day London, we join Laura as she interacts with these gods, called the Pantheon. Absolutely stunning to look at and a joy to read, The Wicked + The Divine’s appeal is its grappling with big issues of life and death, and its effortless inclusivity: its London features a cast of characters that actually look like they’re from London. 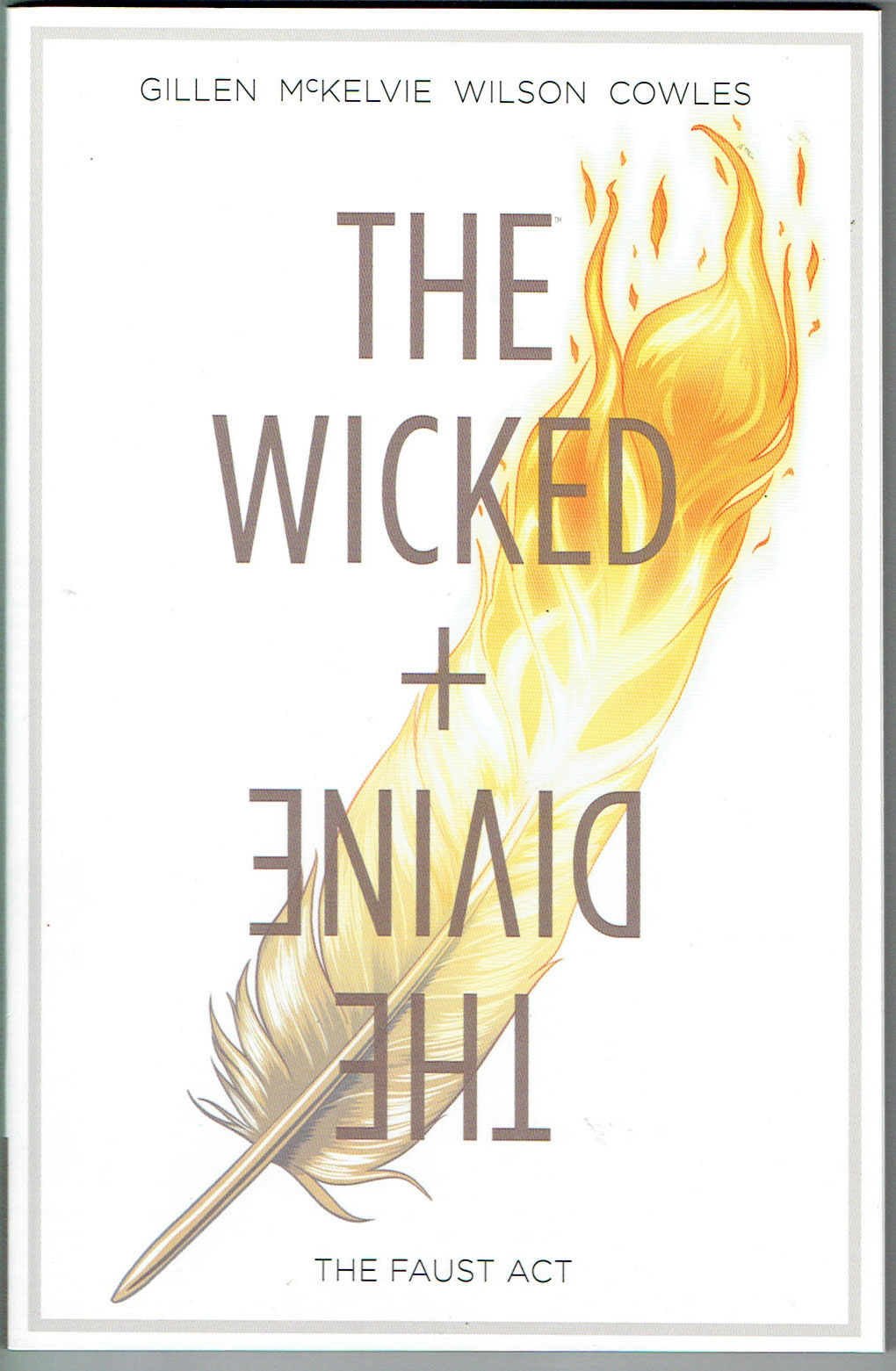 The Wicked + The Divine: The Faust Act

Captain Marvel: Higher, Further, Faster, More by Kelly Sue Deconnick
Marvel Studios had made 20 films in its cinematic universe before it finally made one with a female superhero: Carol Danvers, aka Captain Marvel. Danvers has been around in the comics for a long time, so there are plenty of books to read, but we recommend starting with 2014’s Higher, Further, Faster, More. It follows Captain Marvel on a series of adventures, and is the perfect introduction to a woman who is both alien and human. 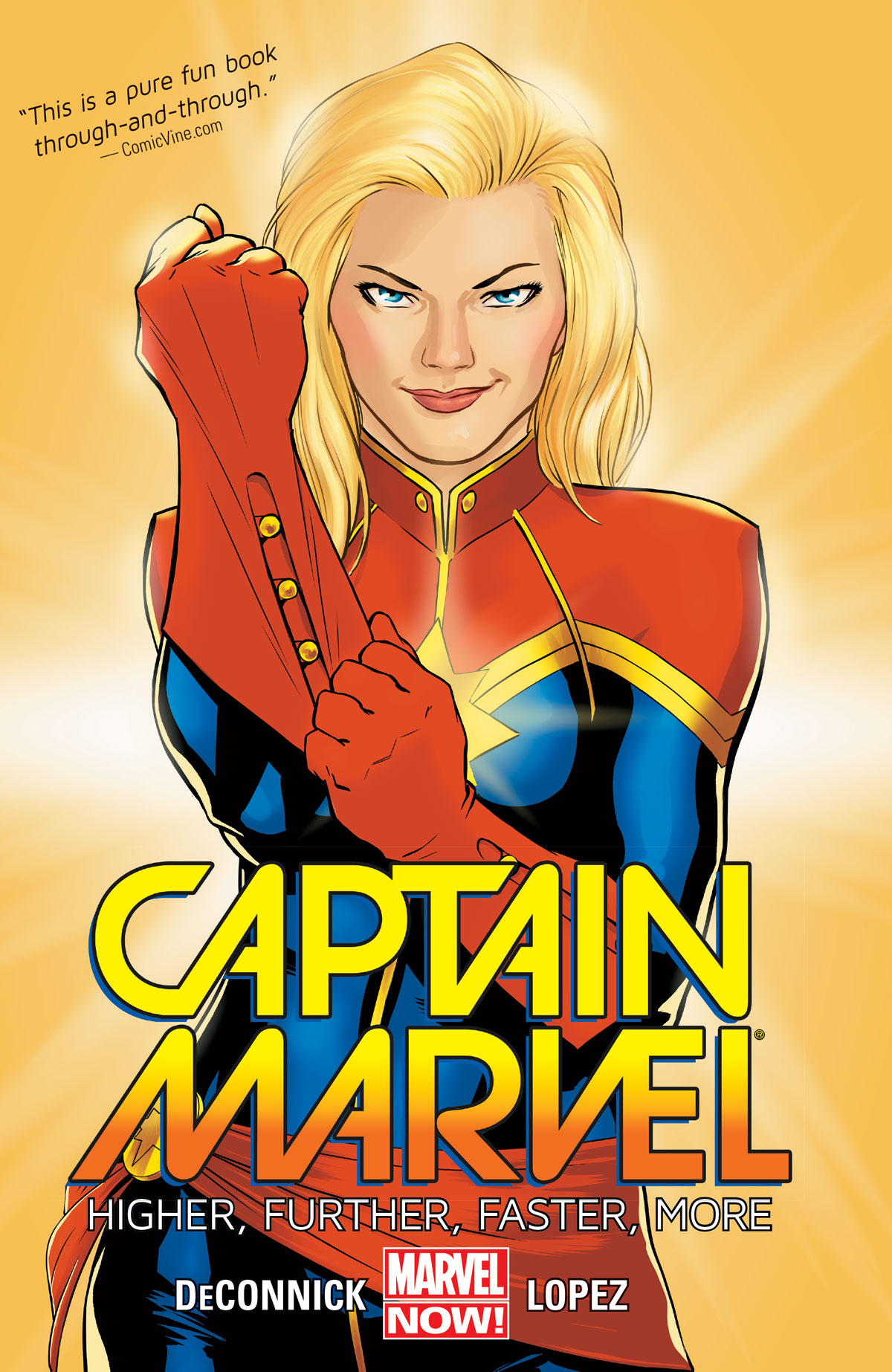 The Handmaid’s Tale by Margaret Atwood and Renee Nault
If your main reading love is literary novels, then why not try a graphic novel adaptation of one to ease you into the world of comics? Margaret Atwood’s bestselling novel has gained an avid following since the release of the television show of the same name, and tells the story of Offred,  a Handmaid in the Republic of Gilead, where women are prohibited from holding jobs, reading, and forming friendships, and the sole function of a Handmaid is to give birth to the children of rich couples. The 1985 novel has been turned into a compelling graphic novel by Renee Nault, who did both the art and the adaptation.

Saga Volume 1 by Brian K Vaughan and Fiona Staples
Set in a dystopian world, this is the story of two soldiers from opposite sides of a never-ending galactic war who fall in love and risk everything to bring a fragile new life into a dangerous old universe. Saga is a sweeping story of family and love, melding fantasy and science fiction. It won the prestigious Hugo award for Best Graphic Story in 2013. 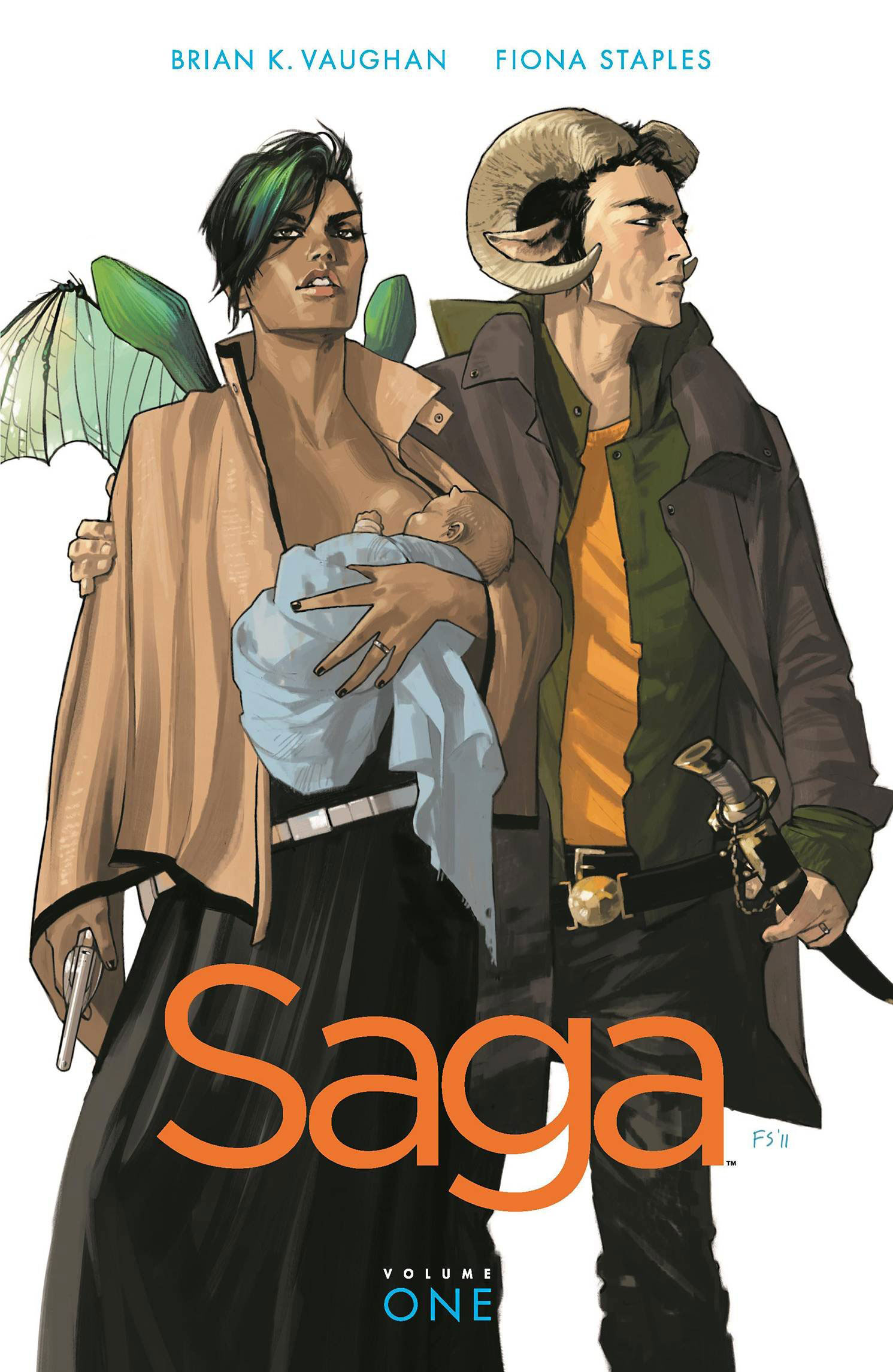 Black Panther: A Nation Under Our Feet by Ta-Nehisi Coates and Brian Stelfreeze
One way in which comics have been becoming more mainstream is through authors who traditionally aren’t comics writers taking on beloved characters. Among the best of these is Ta-Nehisi Coates’ reimagining of Black Panther. Coates is best known for non-fiction and essay writing on topics including race and power in America, and his interests can be clearly seen in his Black Panther run: A Nation Under Our Feet sees T’Challa/Black Panther dealing with dramatic upheaval in Wakanda and a violent uprising sparked by a superhuman terrorist group. 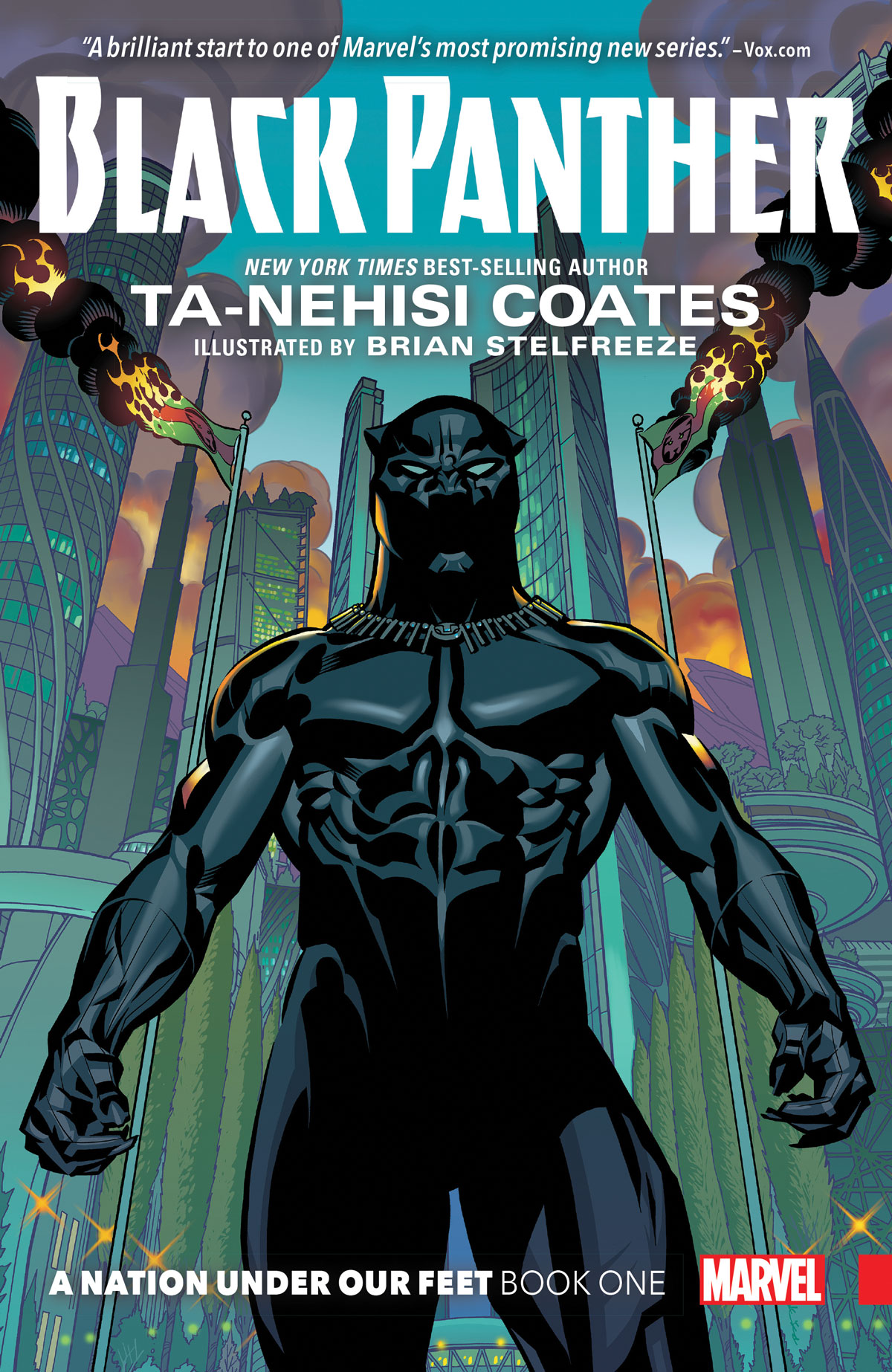 Black Panther: A Nation Under Our Feet